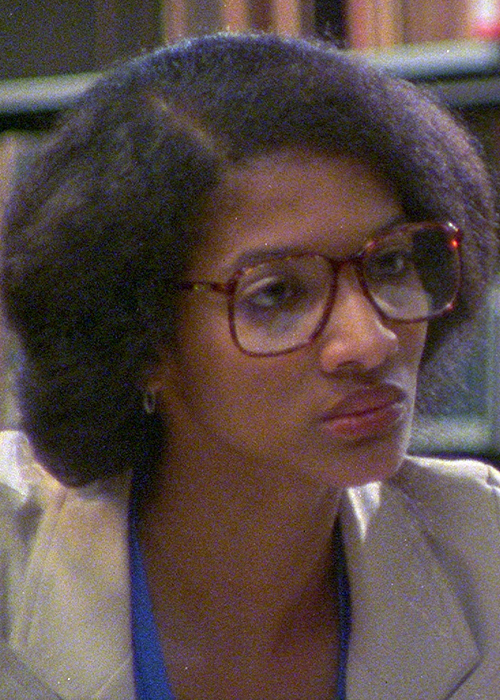 Kathleen Collins’ semi-autobiographical film Losing Ground is finally gaining the recognition it deserves nearly 35 years after its release. In collaboration with the alternative online platform 4:3 we explore the legacy of the first feature written and directed by woman of color in America.

Losing Ground is one of the first examples of a film written and directed by an African America woman. The fact Losing Ground exists at all is a testament to Kathleen Collins’ talent and determination. 1980s America was not a welcoming place for a woman of colour trying to make an independent film with a cast of artists and intellectuals. It is a wonder that it manages such a breezy tone, but it is Collins resistance to expectation, fetishization or absolution that makes Losing Ground such a rare and revolutionary gem.

This stylish, lyrical and groundbreaking piece of work, centers around the strained relationship between philosophy professor Sara (Seret Scott) and her mercurial painter husband Victor (Bill Gunn). Victor implores Sara to join him for a retreat in upstate New York. When Sara acquiesces, matters get complicated due to Victor’s roving eye.
Sara’s bookish persona is only amplified by the fact that her academic research is exploring the pursuit of the ‘ecstatic’, however when she makes the uncharacteristic move to act and dance in a student film she experiences an emotional awakening. Collins described the film as a comedy about a young woman who takes herself too seriously.

Born in 1942, raised in Jersey City, Kathy Collins was an activist with SNCC during the Civil Rights Movement who went on to carve out a career for herself as a playwright and filmmaker during a time when black women were rarely seen in those roles. She wrote her first screenplay in 1971, but later remembered, “Nobody would give any money to a black woman to direct a film. It was probably the most discouraging time of my life.”

She was married twice, and had two children, and was a popular professor of film history and screenwriting at the City College of New York. Her most known work is the film Losing Ground, followed by two plays, In the Midnight Hour, and The Brothers.

Sadly Losing Ground was Collins’ only feature as she would die just six years later at the age of 46 due to breast cancer. Two posthumous collections of Collins’s writing: Whatever Happened to Interracial Love? a collection of 16 short stories, and Notes From a Black Woman’s Diary, edited by Collins’s daughter, Nina Lorez Collins have been recently released by Harper Collins.

Nina Lorez Collins, the daughter of Kathleen Collins,  is the founder of an online forum for women over forty called “What Would Virginia Woolf Do?” and the corresponding website www.thewoolfer.com. She’s written a book, What Would Virginia Woolf Do? And Other Questions I Ask Myself As I Attempt to Age Without Apology, which came out in April 2018. She’s a graduate of Barnard College, has a Masters degree from Columbia in the field of Narrative Medicine, and has a long professional background in book publishing, both as a literary scout and then as an agent. She has four nearly grown children,  lives in Brooklyn, and serves as a trustee of the Brooklyn Public Library.

Mandy Harris Williams is a theorist, multimedia conceptual artist, writer, educator, radio host and internet/community academic. She is from New York City and currently lives in Los Angeles. Mandy’s work seeks to get everybody the love that they deserve.  She focuses on desirability privilege as a real and mythological market and political force. She graduated from Harvard, having studied the History of the African Diaspora, as well as the mass incarceration crisis, and other contemporary black issues. She received her MA in Urban Education and worked as a classroom teacher for 7 years in low income communities. She integrates a holistic and didactic style in to her current creative practice.  Her creative work has been presented at Paula Cooper Gallery, Institute of Contemporary Art Los Angeles, Art + Practice,  Navel, Knockdown Center and Women’s Center for Creative Work to name a few. She has a monthly radio show, the #BrownUpYourFeed Radio Hour, on NTS. She has contributed writing work to Dazed Magazine, MEL magazine, ForHarriet, and The Grio and is a frequent radio and podcast guest.

4:3 is an alternative cultural institution.

The award-winning concept by Boiler Room rethinks film, music and art through online and offline experiences. 4:3 has collaborated with emerging and established artists from a mix of disciplines to create online projects and stage events in galleries, festivals, cinemas and nightclubs globally.